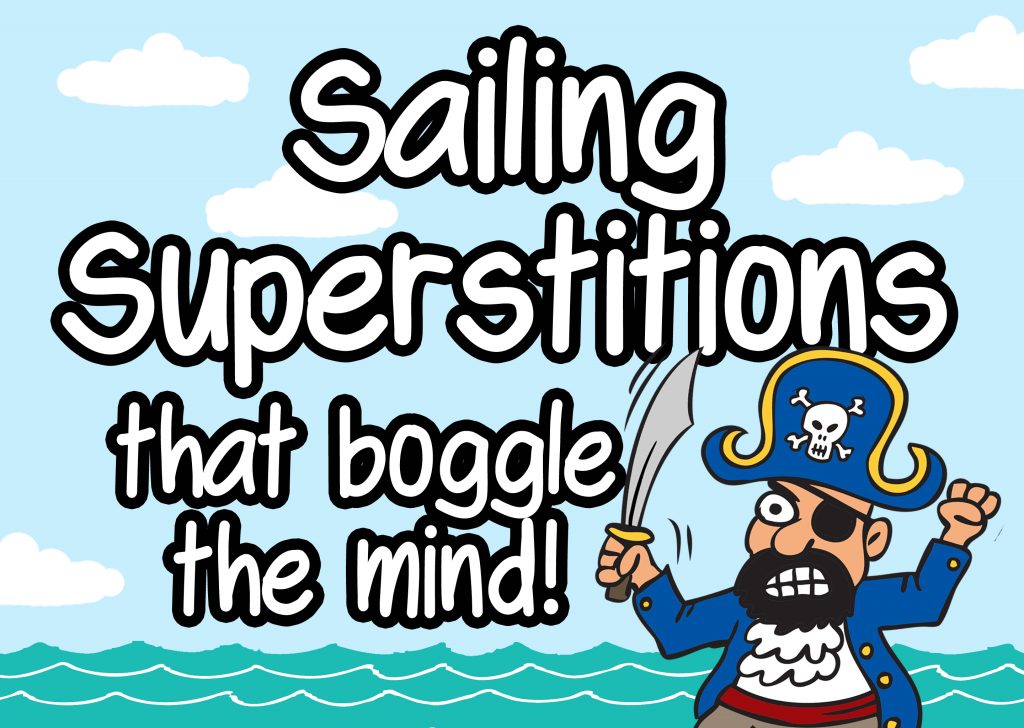 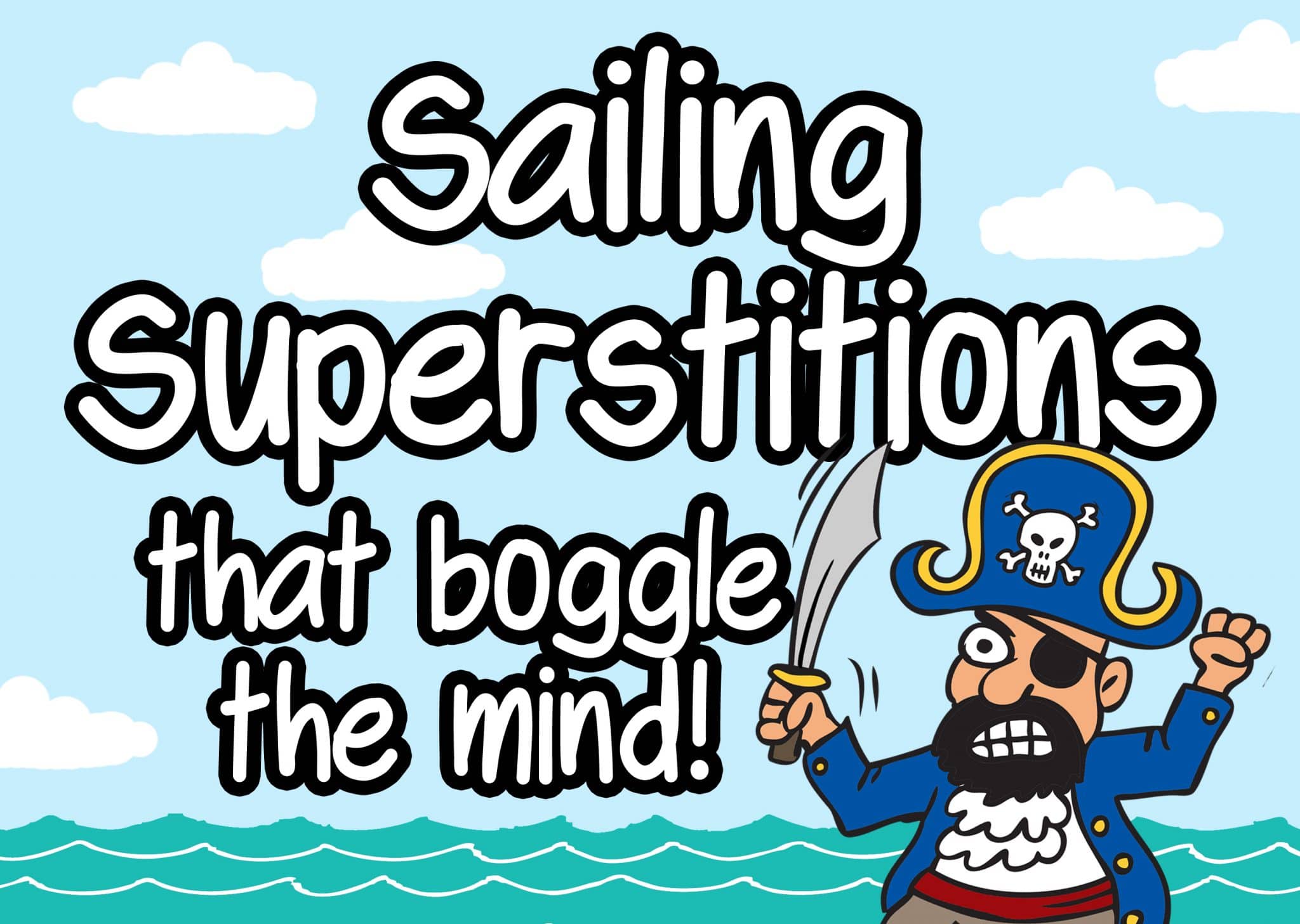 Pirates had some pretty ridiculous superstitions.

And who can blame them, it was a risky business.

Here are some of our favourites, and yes, they’re for real. Enjoy 🙂

1. Bananas On A Boat

Pirates, it would seem, were one of the first to recognise the monumental threat that bananas on boats could pose.

Like any sane person, they would throw a wobbly if this deadly, nutritious snack was found to be stowing away. Yep, apparently, yellow, curved shaped potassium is bad luck.

And believe it or not, the ban on bananas aboard is still observed by some sailors today, making it one of the most enduring of all pirate superstitions. 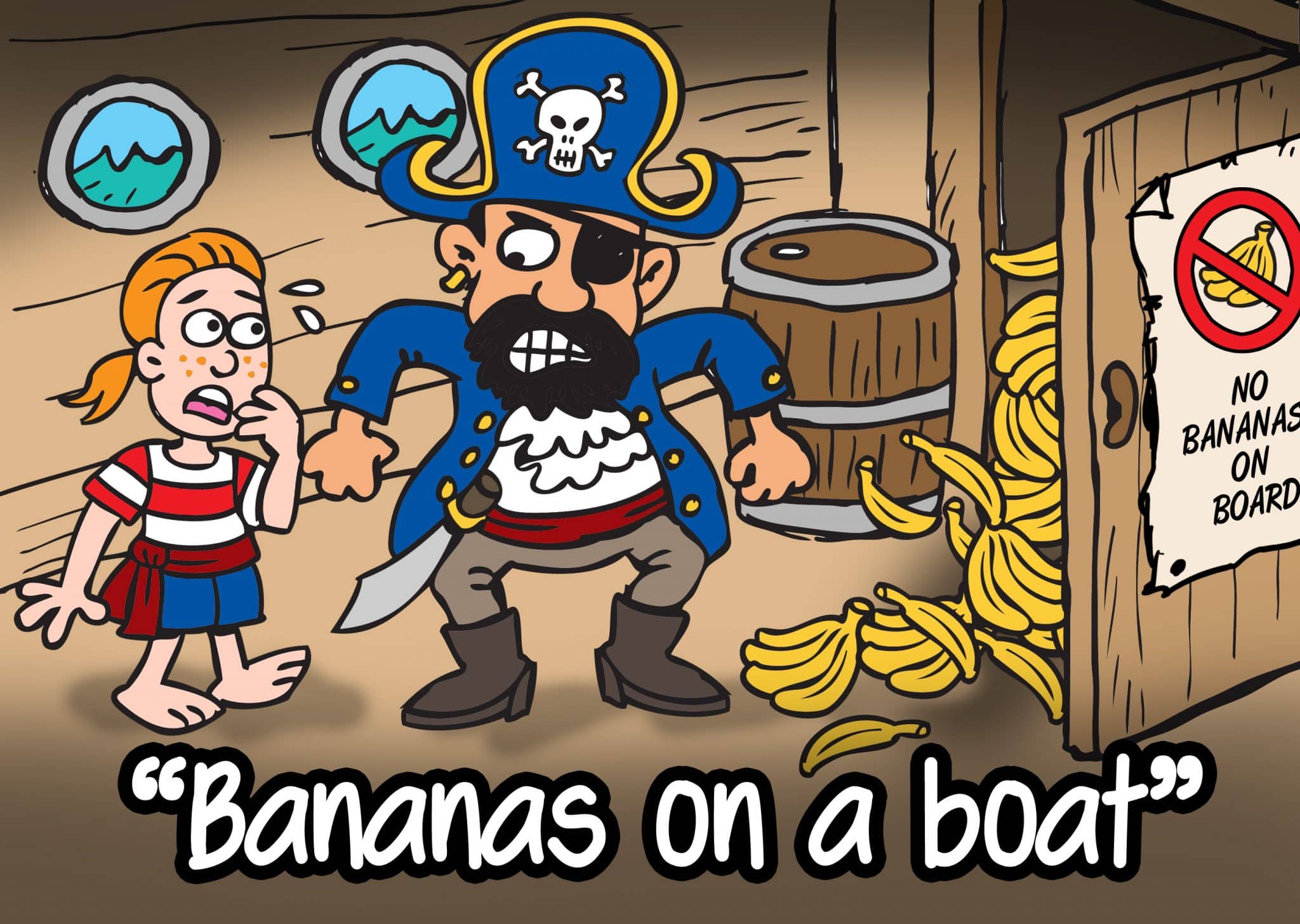 Whatever you do, don’t wish someone “good luck” on a ship because..it’s actually bad luck – for them, and everyone else on board.

(Yes, it was confusing being a pirate.)

If you made the foolish mistake of wishing someone “good luck”, the only option to reverse the curse you’d just plagued the entire boat with, would be to draw blood.

This would basically involve a swashbuckling jab to the nose (or worse) from your shipmates, to bring the world back into balance.

It’s not really known what bad luck would have manifested as a result of a little friendly gesture of good luck, but let’s just say they probably had good cause to avoid it! 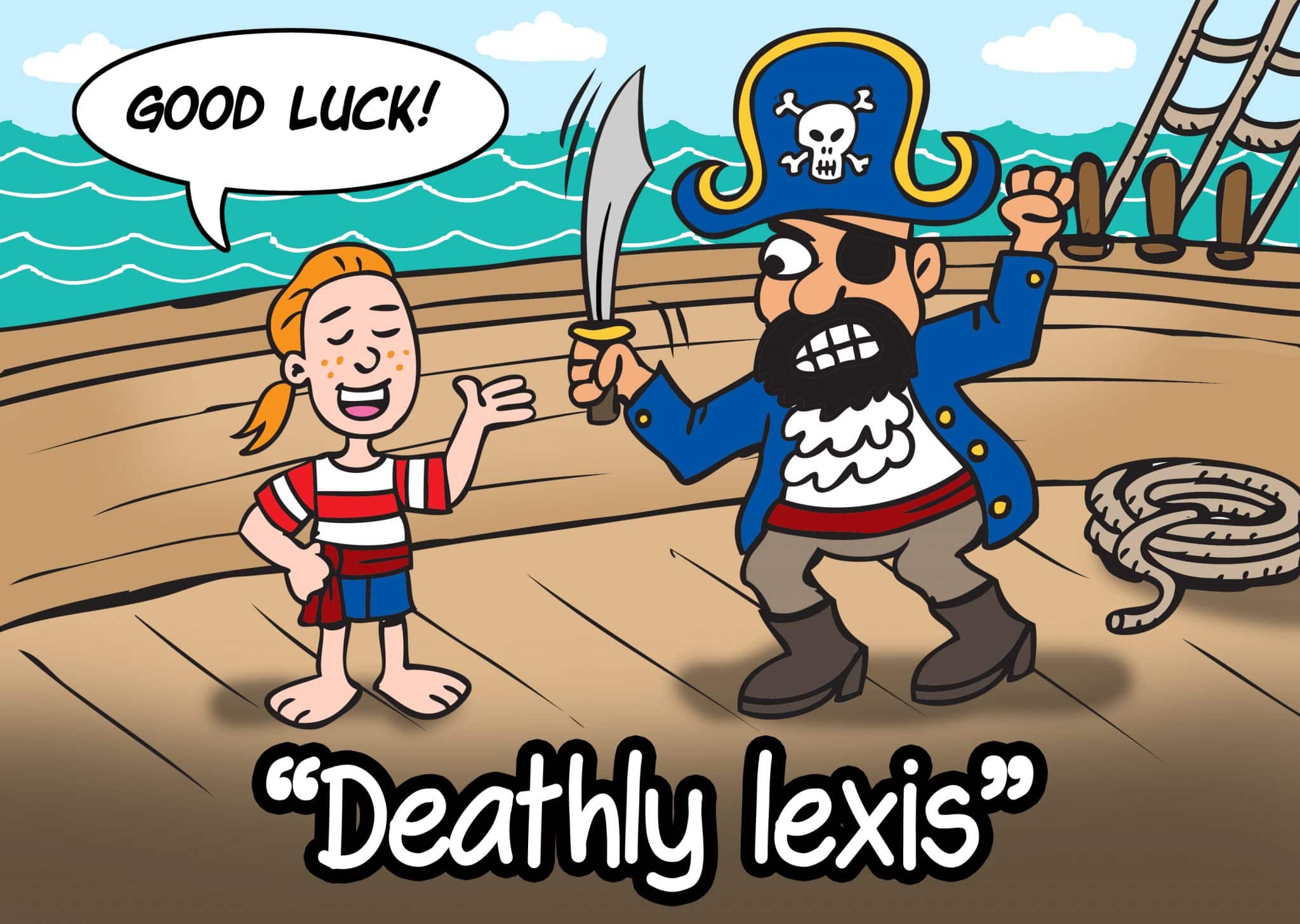 3. No Women On Board

But what about the naked women adorning the front of almost every pirate ship?

Ah yes, I forgot to mention, naked women were always welcome on board. They calmed the sea. Obviously. 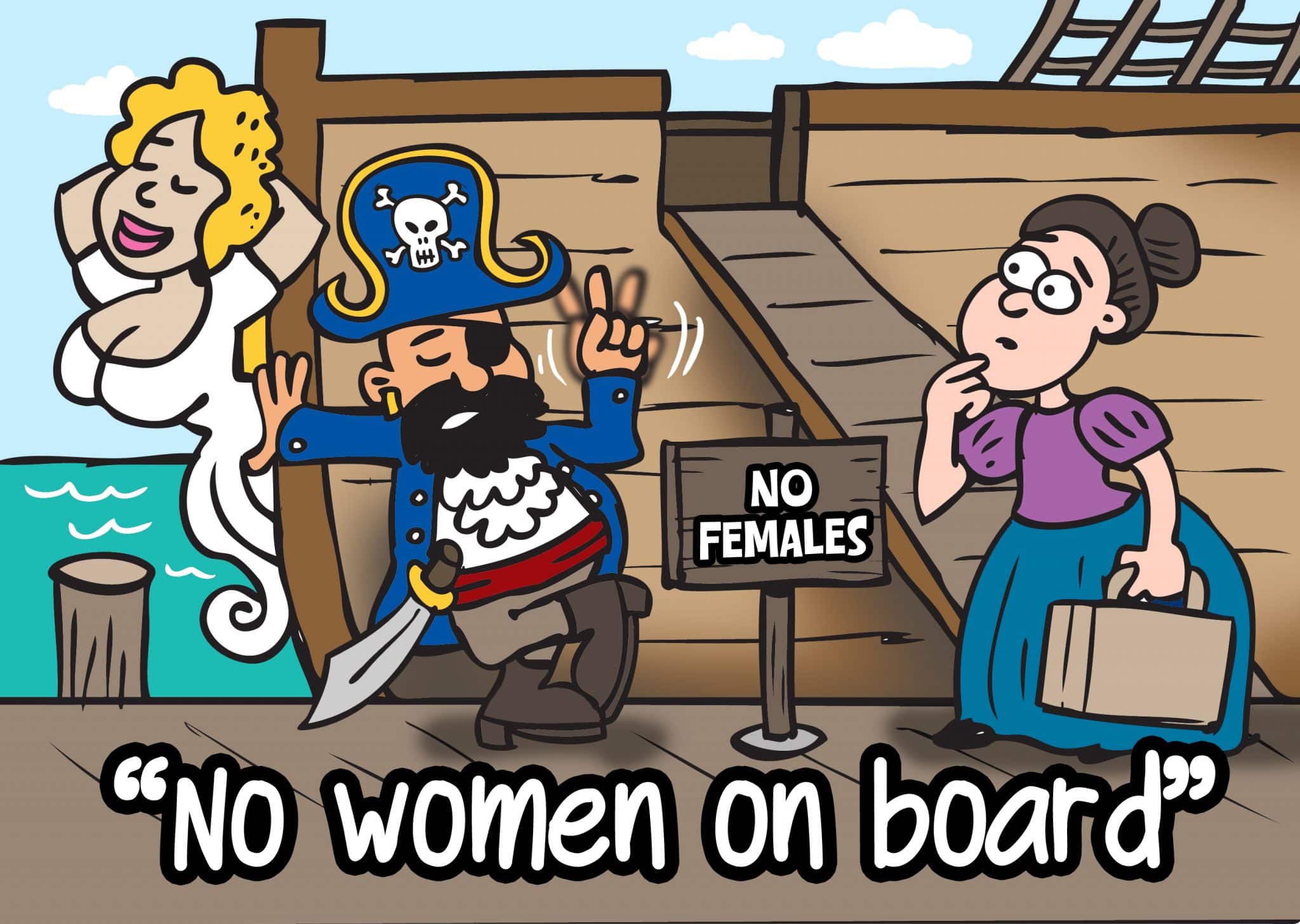 4. No Whistling On Board

For pirates, whistling whilst sailing = massive storm (the weather type, not the metaphorical).

Massive storms = certain death to most, if not all, of your crew mates.

This is not a good thing.

So, whistling was banned. 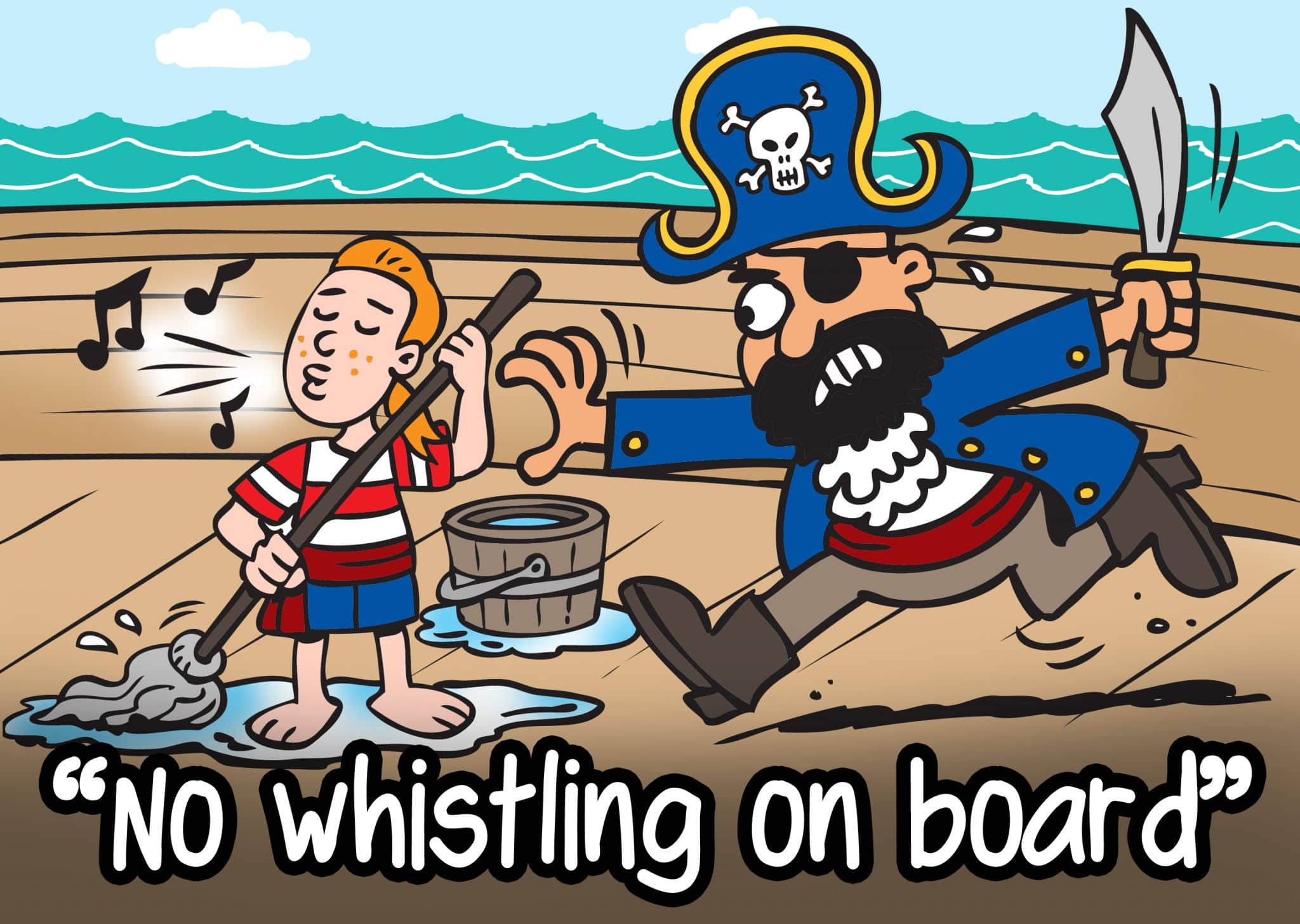 5. Don’t’ Change the Name of the Boat

Even if your boat was called ‘imasillypirateboatwithafatarse’, changing the name was never an option.

It was believed that a boat developed its own personality which was tied to its name.

Change the name and presumably the boat gets a little confused, and potentially quite angry.

This of course, is not good. Especially if you’re out at sea for six months together.

If you really couldn’t stand the name then it was possible to have a de-naming ceremony – but it was a bit of a faff (and no one really knew what to do). So really, the best plan – deal with it, and get on with pirating. 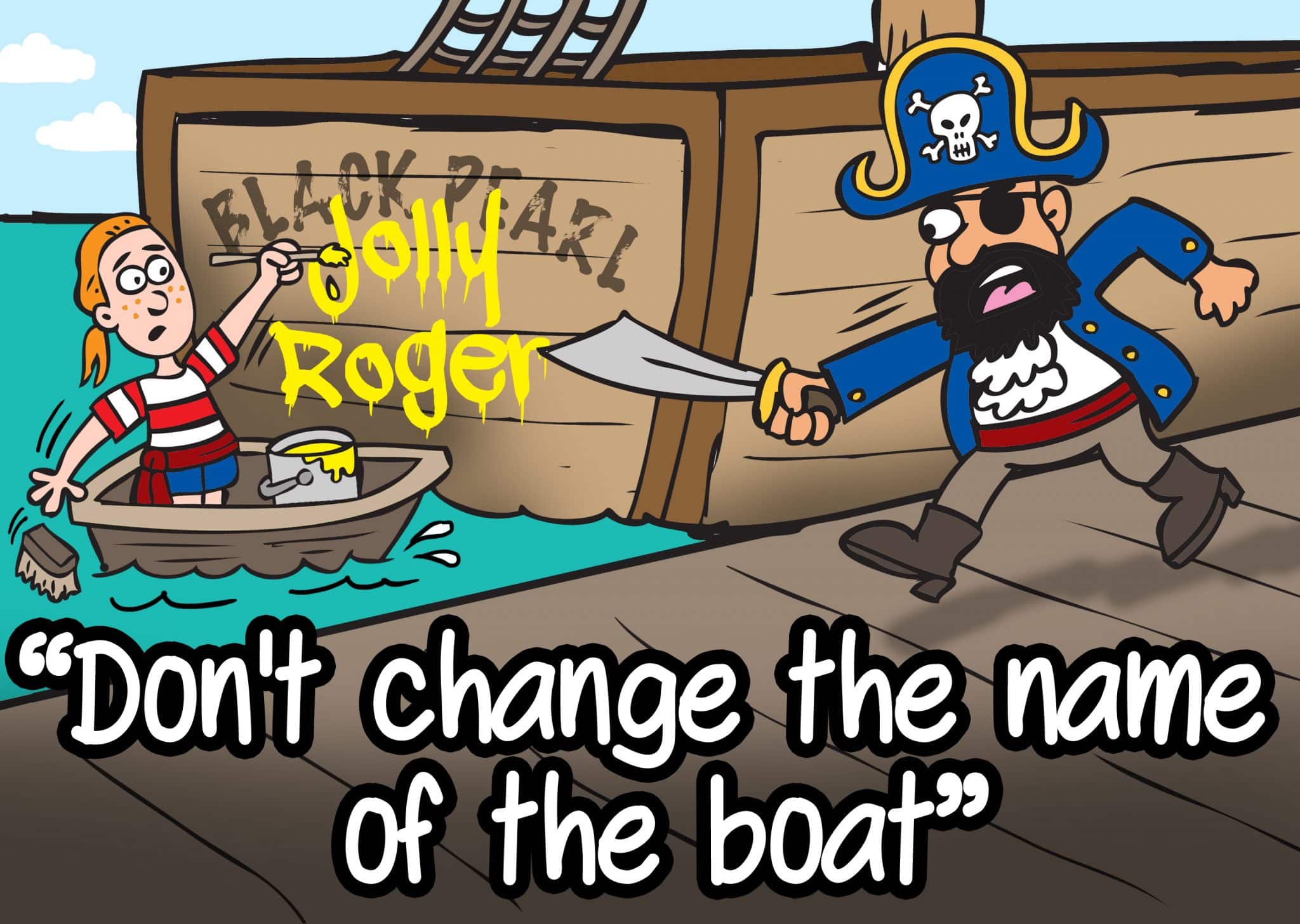